THE enduring success of the SA Junior Heifer Expo is illustrated in the prevalence of former competitors bringing their children back to the event to learn and compete.

Ali was the second youngest entrant at the first heifer expo in 1985, competing almost every year until she was crowned senior champion herdsman in 1998 as a 21-year-old.

“It’s a great opportunity – you don’t have to want to breed stud cattle to get so much out of it,” she said.

“So many of the kids that come through here have ended up, in some capacity, still in agriculture. At the end of the day that’s got to be the main aim – to get them involved and build passion for ag in general.

“The one thing that most of us take away are the friendships and networks that you set up – whether it be lifelong friends that you keep in contact with from all over Australia, or the other contacts that you make in the industry that you might not have met otherwise.”

She said Sebastian’s confidence in the ring had grown substantially, while Lottie was excited to get her first chance to join her older brother at the expo.

“Sebastian is in his fourth year, and his final year as a junior, and Lottie is in her first heifer expo experience,” he said. “She’s been champing at the bit for a number of years and was so jealous that Sebastian got to go.

“Green is her favourite colour at the moment, because she got two green ribbons for third place.”

“In his final year as a junior, I can’t believe how much Sebastian has stepped up and grown in the role he’s doing”. 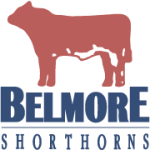